A Look Into Video Games: The Adventures of Gilligan's Island (NES) 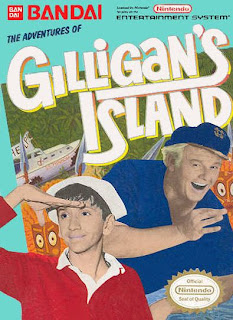 Gilligan's Island is one of my favorite TV shows of all time. Though it's hard to believe someone wanted to make a video game based off of it. Though Bandai had that idea and did so in 1990. The Adventures of Gilligans Island hit the NES about 23 years after the show ended. 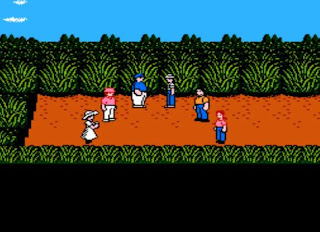 The game is (obviously) set on the tropical island Gilligan and all his friends are stuck on. Well except Ginger for some reason. Tina Louise, the actress that portrayed her had clashed with creator Sherwood Schwartz because she thought she'd be the central character. She failed to return in most of the reunions, and I guess the same applied to her 8-bit self. 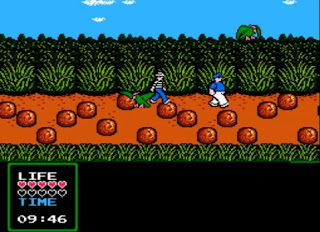 The game instead has the Skipper as the central character with Gilligan as your sidekick. You basically walk across the jungle looking for the other castaways. On the way the duo are attacked by birds, warthogs, and other animals of the jungle. The Skipper has the ability to punch (which doesn't seem to do anything), but running away is more effective. Gilligan is so mindless that he often falls behinds or into pits. Leaving you to have to rescue him time and time again. 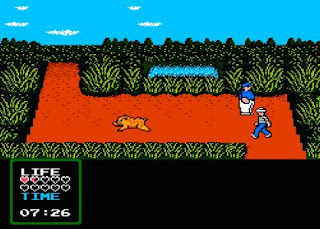 Overall Gilligan's Island is often listed as one of the worst NES games ever made. It was a game nobody asked for, and even less people thought it was fun. It had unclear objectives, terrible combat, sub-par graphics, and some things made little to no sense. And to make matters worse, Gilligan isn't even wearing the right shirt.
Posted by Adam at 1:00 PM

Email ThisBlogThis!Share to TwitterShare to FacebookShare to Pinterest
Labels: A Look Into Video Games, NES

I had no idea that there was a video game! Looks kinda fun.

Gilligan has a video game? Never heard of it before!

How neat! Loved those shows!

What a bizarre idea!

Oh, how I loved watching "Gilligan's Island" as a child! One of my fave shows then too.

Oh this is a classic! Sweet! :)
Btw I'd be so happy to read from you on my blog or to have you as a new follower <3
Kisses,

This was one of my favourites shows! I'm surprised you know about it being so young!

Guess I won't be looking for this game! LOL