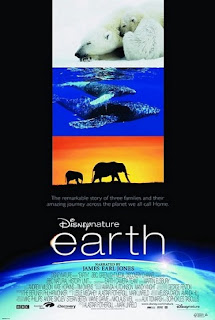 I remember hearing about Disneynature's Earth back in 2007. It had many recommendations, and I remember it being one of the first movies to really show what Blu-ray could do. I had never seen it, and just kinda forgot all about during the next five years or so. But I love nature, and seeing different kinds of animals so I was rather excited to give Earth a chance. 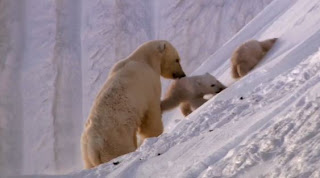 Earth is a documentary about (obviously) the planet we call home during the span of a year. It starts in the Arctic with a family of polar bears trying to do their best in a world that's ever changing due to global warming. Then the story moves to a mother elephant and her baby trying to reach water in the dry countryside. And finally it shows the long journey of a mother whale and her calf trying to reach Antarctica's waters from the tropics. 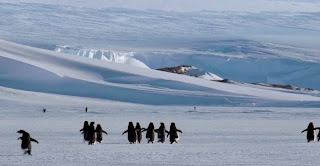 Though the three families aren't all the animals you'll see. It also shows reindeer, wolves, lions, penguins, Mandarin ducks, and sharks to name a few. It also goes back to the arctic, Africa, and Antarctica to show the changes of the animals during the times of the year. 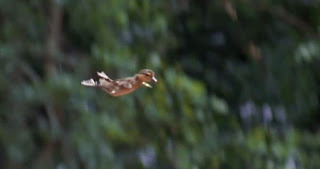 Overall I really liked Earth, though I wished they had shown more animals.  Though I thought they did an excellent job finding some of the most beautiful spots on Earth, and some of the scenes are so artistic when they speed time to show an ever changing Earth. It also makes some valid points as you learn very well the struggles of the polar bears and the African elephants as well. I think its biggest accomplishment is that it makes you realize that there's much more to our planet than our dull urban lives.
Posted by Adam at 1:00 PM

You know, I had forgotten all about this as well. I am surprised I never saw this. thanks for refreshing my memory - I wonder if it's on Netflix?

I haven't seen this although I remember Oprah raving about it on her show at the time.

Love videos like this! I used to share lots of the BBC video Planet Earth with my third grade kiddos. I can watch them again and again!

I have not seen this but I would really like to. I'll have to give it a try.

Have not seen many nature movies, but I dearly love the real outdoors.

Earth.
What a cool souding movie.
I hope it has a happy ending.

I haven't seen it but will put it on my GOTTA SEE THIS ONE list.
You did a great write-up about it....

It was pretty good

My daughter took a field trip to see this with her class. They thought it was great!

Super documentary. I learned a lot from it.

"more to our planet than our dull urban lives." is a wise synopsis! i laughed where you wrote about " the planet (obviously)".