Fact of the Day: Lincoln Doubts 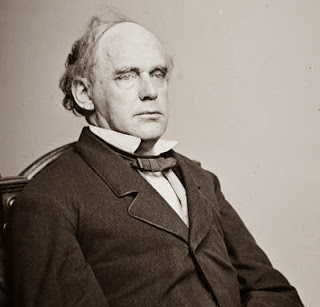 During the 1864 presidential election, many prominent Republicans doubted that Abraham Lincoln could win re-election. Even Lincoln himself heavily doubted the potential outcome. Salmon P. Chase was the only major candidate to challenge Lincoln in the party-primary but only on the belief that the President could not win the general election. Lincoln later won the election in a landslide with 212 electoral votes to 21. Despite the challenge, Lincoln nominated Chase for Chief Justice of the Supreme Court for which he served for over eight years.
Posted by Adam at 12:10 AM

Huh, I would have done the same.

Good for him!
Nice to know a little about Lincoln today

Never under estimate the power of the people where votes are concerned.

A challenge is never bad, even if it proves to be of not

I think he lost because his name was Salmon. "Ladies and gentlemen, President Salmon!" sounds like something out of a Saturday morning cartoon.

A very interesting bit of our history here.

Dang that's a landslide indeed. Maybe the challenge is what he needed.

I didn´t know this part of the history. Very interesting. Kisses:)

I really didn't know about this! would love it if you could check out my new looks! :) one big kiss!

That was a classy move on Lincoln's part, nominating him for Chief Justice!

I have doubts about all presidents :)

Cool to know this fact. thanks.

Lincoln was a great man.

Agree with the comment above. Lincoln was one of America's best presidents for sure.

It is strange how people can under estimate themselves.

I admire Lincoln for appointing Chase to be his Chief Justice.

I find these historical facts so interesting.