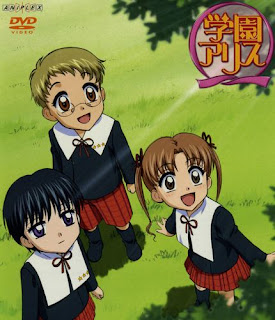 While most of the anime I've ever watched has been mostly limited to what I've watched on Toonami as a kid. Daisy suggested I watch Gakuen Alice (also known as Alice Academy) with her, and I hadn't heard of it before that. Despite its happy appearance, the series is much more serious and grim (even more so in the manga) than you'd expect.

The anime starts with Mikan Sakura and her best friend Hotaru Imai. Mikan is devastated to learn that Hotaru has been accepted to a special academy in Tokyo. After getting almost no letters from Hotaru, she decides to travel to Tokyo to visit her. She is greeted by a teacher named Narumi, who informs her that the school is only for those with special abilities known as alices. To her luck, Narumi believes she has a rare alice and enrolls her in the academy. Alices are somewhat similar to the powers of Marvel's X-Men or the Vampires in Twilight. While there are a few with the same type of power, most of the notable characters have quite unique abilities. Mikan's best friend Hotaru can make amazing robots, the class representative Yuu can create illusions, and her (eventual) friend Natsume can cast fire which earns him a special role in the school's ranks. Mikan learns that she has the nullification alice which neutralizes any alice used against her. 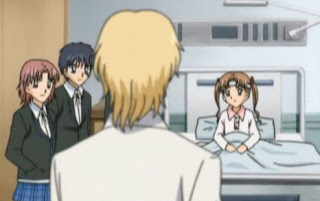 Overall Daisy and I both really enjoyed Gakuen Alice. It's funny, cute, and has many wonderful moments. Sadly it's only 26 short episodes, and doesn't cover the whole plot featured in the manga. The reason being is that the anime ended in 2005 (in Japan), while the manga just concluded last June. Which might give some hope they may make a sequel series.
Posted by Adam at 1:00 PM

While I never got into anime, this one sounds a bit interesting.