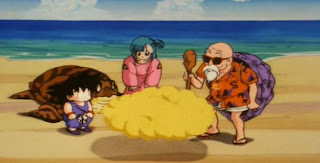 The Nimbus Cloud first appeared in Dragon Ball shortly after Goku met Bulma. They save Turtle and meet Master Roshi for the first time. Roshi thanks Goku for saving Turtle by giving him a flying cloud. The only downside is that the rider has to be pure of heart. Which is no problem for Goku. 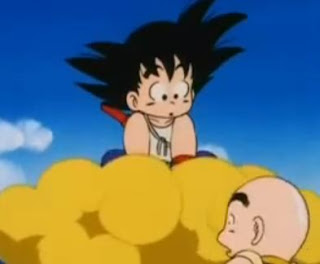 But Bulma, Krillin, and even Master Roshi find out they can't ride it anymore. That was back when Krillin was young, and when he first trained under Master Roshi he was a bit of a jerk. 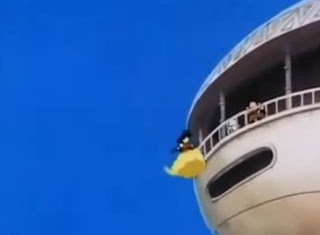 Goku uses it throughout much of the story, though it is destroyed by Piccolo's minion Tambourine. So Korin gives him a new one. 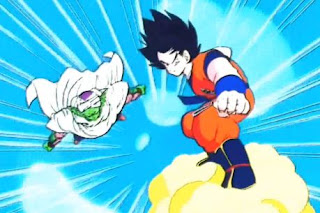 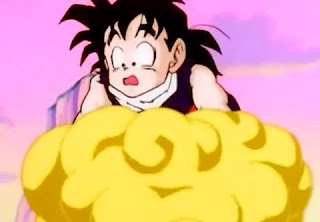 Goku eventually learns how to fly on his own, but still uses the Nimbus Cloud sometimes. The last notable appearance of Nimbus was when it saved Gohan from Nappa by surprise. 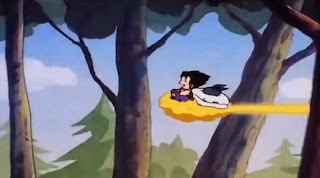 In Japan, its name is 筋斗雲 (Kintoun) which translates as "Golden Fighting Cloud".
Posted by Adam at 4:37 PM

Be fun to fly around on it

This a cute feature. I missed commenting on the sweet shot of you and the precious little baby. I loved it. Sorry you were not well.