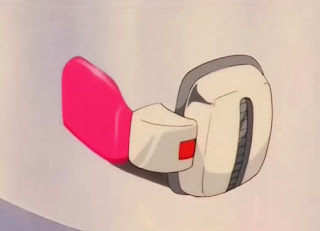 The power-level scouters were first introduced in Dragon Ball Z when Raditz arrived on Earth. They can tell how strong or weak a character was to the person wearing the eye-piece. I think almost everyone watching the show wanted one of their own in real-life. 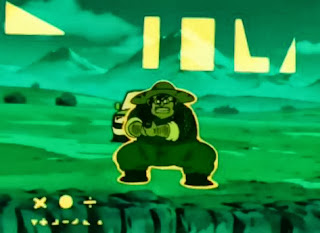 It also kinda gave a scale of how strong the heroes were compared to ordinary people. Like this average man having a power level of 5. 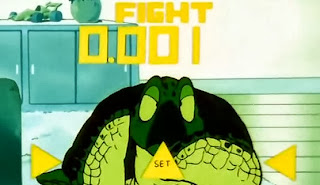 I really thought it was funny when Bulma turned Raditz's scouter to read in our Arabic numerals. Poor Turtle... 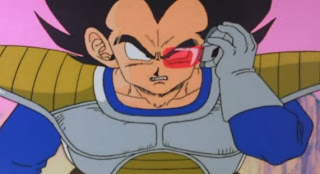 It most famously used by Vegeta during the Saiyan Saga. Mainly to find the Z Fighters, and monitor their power-levels in the fight against the Saibamen and Nappa. Vegeta then scans Goku's power-level after returning to Earth by the saying the legendary "It's over 9000!" line. In the Japanese version, Goku's level was 8000, but was finally corrected in the English version of Dragon Ball Z Kai. 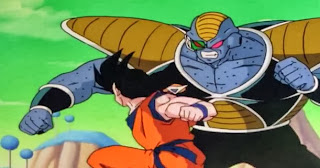 They turn out to be not just a Saiyan device, but ones used by everyone who worked under Frieza. They use it to find the Dragon Balls on Namek, and to see how strong Vegeta, Gohan, and Krillin were. The last major use of the scouters were during the fight against the Ginyu Force where they incorrectly think Goku's weak (Goku was suppressing his power) and learn the hard way they never stood a chance.
Posted by Adam at 3:00 PM

I sometimes watched it, too!

Namek haha still laugh about that blowing up, 30 episodes later

Loved the scouters as well ! Combined with the sayian armor, Freeza's men had quite the looks.

Always wondered what all these devices could do. We see them read power levels, and be used for communication, but what else could they do? Are they akin to modern cell phones? Like could they play games, and store data?