A Look Into Video Games: The Simpsons Skateboarding 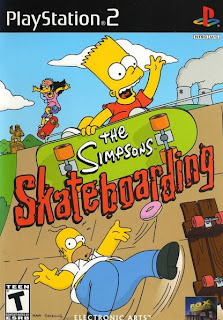 While The Simpsons have featured some creative games, they also imitated others. The Simpsons Skateboarding for PS2 was an obvious rival to the Tony Hawk series. While Tony Hawk's games have dropped in popularity in recent years, back in 2002 they were far from ignored. 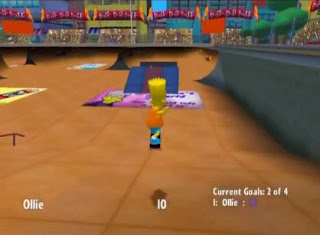 The game featured a similar set-up to Tony Hawk's Pro Skater with multiple characters with different abilities. Plus the ability to skate anywhere in skate parks and arenas. You could even skate down famous areas of Springfield. 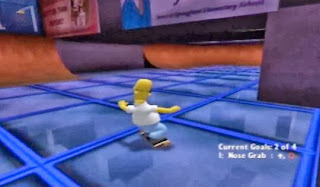 It also featured voices from the show, and plenty of characters show up. Though Kent Brockman gives commentary on your progress so constantly that many would find it annoying. 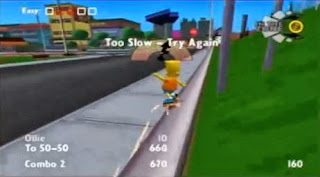 Overall Simpsons Skateboarding was one of the worst rated Simpsons game to date. The graphics were ugly, the game-play was too simple, few actual skateboarding moves, and poor controls. Many have called it one of the worst PS2 games ever made. I'm rather glad I missed out on this one.
Posted by Adam at 1:00 PM

Email ThisBlogThis!Share to TwitterShare to FacebookShare to Pinterest
Labels: A Look Into Video Games, ea, fox, PS2, the simpsons