Fact of the Day: Evolutionary Family 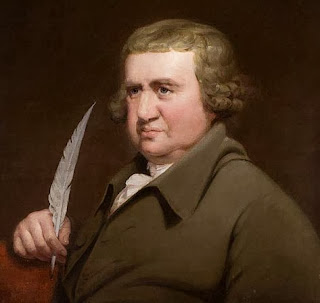 Charles Darwin's grandfather Erasmus Darwin was not only a doctor, but a poet who often wrote about science. His most notable work Zoonomia included ideas such as common ancestry of animals. While his ideas at the time could of been dismissed as philosophy, his grandson would later expand on these ideas in the theory of evolution with scientific evidence.
Posted by Adam at 12:00 AM

Huh, I wonder what his Dad did then.

Charles Darwin's father, Robert (1766-1848), was a successful physician and Charles's mother, Susannah (1765-1817), was the daughter of the pottery founder, Josiah Wedgwood II
http://wiki.answers.com/Q/Who_Charles_Darwin's_parents_were

I just met your blog and is so pretty. I invite you to visit my blog and if you want follow me on blogger! Kisses :)

Good man, but not so the grandson.

Good thing there was a Charles Darwin.

Thank goodness for people who don't quit even if their ideas are dismissed.

Family helping each other out

So science ran in the family then, I didn't know that.

Wow I bet they talked about science a lot on family reunions.

Very interesting fact. Thank you so much :)