Fact of the Day: Hubble Universe 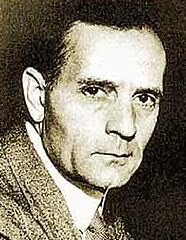 And now his telescope is going to burn up.

I would love to be as smart as he was...sigh....maybe someday:P

Coolness. Kinda of neat how people like this thought of things that no one else could fathom.

Smart is the best word for him

Glad it was found, now we know aliens are around, right? lol

The universe is so fascinating!

i think i need to look up the difference between galaxy & nebula, but i think it'll go over my head.