Fact of the Day: Royal House 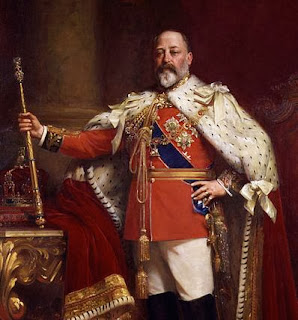 In many monarchies, there are royal houses which typically represent a line of family members closely related. When the British Queen Anne died, the House of Stuart changed to the House of Hanover because her distant cousin George I obtained the throne. The House lasted until Queen Victoria's death, even though her son became King. Edward VII's father's royal house of Saxe-Coburg and Gotha replaced the House of Hanover. Edward VII's house's name would change again one generation later to the House of Windsor after tense British-German relations during World War I.
Posted by Adam at 12:00 AM

Had an idea on this one, nice fact

I would love to learn more about this time period. Especially since I've begun watching Game of Thrones!

That's a fact Adam. I didn't know all the details but do now.

Germans, no matter where you look :)

I always learn something new here :)

Change and rearrange, never knew that one

I hope you will visit my blog:

You live and learn!!!.. Cheers

Very interesting Adam. I like this type of historical facts. Kisses:)

Actually, my favorite was the House of Pancakes. They were kind of overbearing snobs, but they had all these different types of syrups!