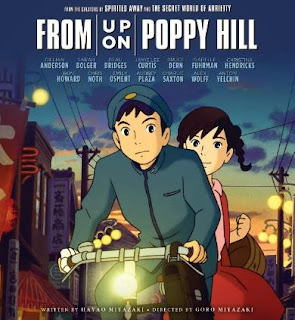 Being a pretty huge fan of anime and Japan, I guess it's no wonder that many of the films from Hayao Miyazaki are some of my favorite stories. My favorite would probably be Spirited Away if I had to choose. Though From Up on Poppy Hill is one of the few films that he had written but not directed. 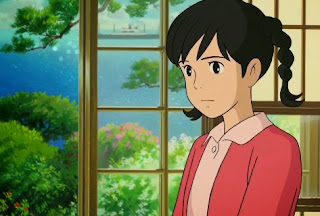 The film starts in Japan during 1963 with a young lady named Umi Matsuzaki who lost her father during the Korean War. Every day she raises flags used by sailors at her house. The flags inspire a young man from her high school to write a poem about them in the school newspaper. She meets the author Shun Kazama, and soon become good friends. 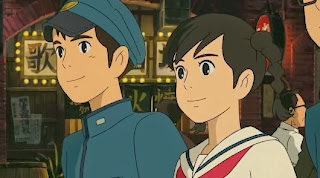 The duo soon bond after helping Shun with the school newspaper. However Umi shows Shun a photograph of her father with two other sailors. Shun is shocked to discover that he also has the same picture. He suspects that her departed father may also be his own. Which leads to them to the one source that knows the whole truth. 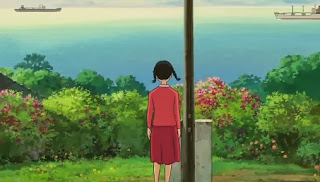 Overall, From Up on Poppy Hill disappointed me. I admire its realism, and charm, but the story was a tad underwhelming. The animation is superb, but the overall movie doesn't really compare to Spirited Away or Castle in the Sky. Though don't get wrong, I think it's a decent tale. Just my least favorite of Miyazaki's work so far.
Posted by Adam at 3:00 PM

not my favourite tipe of show either! :) thanks for the tip! would love it if you could check out my latest looks! happy weekend! :))

First I've heard of this one

Totoro will always have my heart!