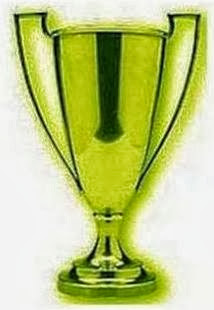 While September may of been of the best months for movies that I've seen, it hasn't been so great for video games as the only one I played wasn't terribly great. 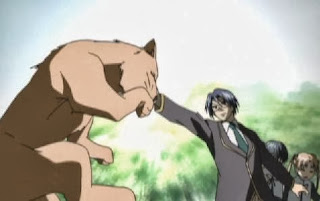 Gakuen Alice is something Daisy had picked for us to watch, and it's one of my favorite anime series. It's about an academy where all the students have super-natural powers. Plenty of great stories and memorable characters.

While I never watched the original generation of Star Trek, I loved this sequel to the 2009 Star Trek. It has Captain Kirk up against the ruthless genius John Harrison. While some Star Trek fans heavily criticized it, I thought it was utterly fantastic.
Posted by Adam at 1:00 PM

Thanks for leaving such a darling comment on my blog!
Never watched either of these!

I follow you on GFC. I would be verry
happy if you follow me back on GFC!

This is one Trekkie who saw Into Darkness twice and would see it again ~ probably buy it! That first ten minutes! Wow! And I loved the up to date photosynthesis theories! Have a good one!

They do look pretty good.

Still have to watch the new star trek

I really liked Into Darkness, even though I'm a fan of the old series. In fact, I would probably rank it #2 of all the Star Trek movies I've seen. #1 is The Wrath of Khan, which is ironic because that was what Into Darkness was based on. My two little, tiny complaints: I really didn't buy Harrison as someone named "Khan"-that will always be Ricardo Montalban to me. and..... Spock screaming "KHHHHHAAAANNNNN!!!" (an OBVIOUS ripoff of TWoK) was so uncharacteristic of a Vulcan. Still...when I can, I'm buying the movie.

I gave up on movies a long time ago. They are just not to my liking. I would even enjoy a good old western.

Had never seen the show or the film, but I am happy that you enjoyed watching them:)

I totally must rewatch star treck!!! would love it if you could check out my looks and tell me what you think:)) keep in touch dear!