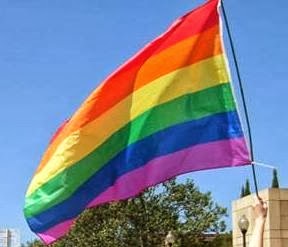 Back in 2012, both New Jersey's House and Senate passed a bill making marriage equality a reality in the state. Except the bill was vetoed by Republican Governor Chris Christie. Now the New Jersey Supreme Court has ruled in favor for equal marriage rights. This is the first state to do so by a state judicial decision since Connecticut in 2008.  Now New Jersey can live up to it's motto Liberty and Prosperity.
Posted by Adam at 3:18 PM

And that's a great motto to live by!

Good for them. Iowa got same sex marriage by the state supreme court in 2009.

Good news! Everybody has the right to be happy. Kisses:)

hey i just mentioned this reference a couple minutes ago.