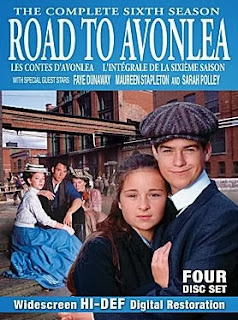 A good while back, Daisy had introduced me to the Road to Avonlea series which is a spin-off of the 1985 film Anne of Green Gables. While Anne Shirley never made an appearance, many others like Marilla Cuthbert, Rachel Lynde, and Gilbert Blythe do show up in the lives of the King family. By the sixth season though, the story has drifted away from the works of   L. M. Montgomery with original story-lines. 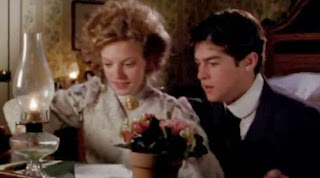 One of the reasons is that some of the actors either wanted to leave the show or reduced their time. Sara Stanley was by-far the central character at the start, but only shows up for one episode in season six. Gus Pike doesn't show up much either, which I hear was the result of the then-busy schedule of the character's actor Michael Mahonen. 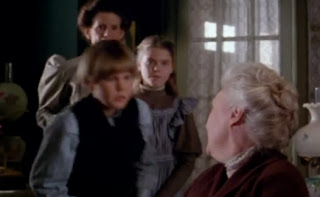 So instead it gives chances for new or lesser known characters to grow. Many include Davy and Dora Keith whom are raised by Hetty King after Rachel Lynde suffers from a stroke and needs time to recover. The other is Cecily King who is ready to return to Avonlea after an illness. And Felicity King's career, school, romantic troubles wrap up the season. 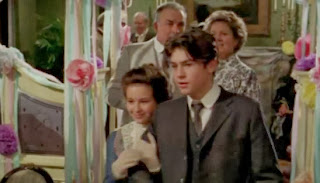 Even though the series has taken many different turns since the start, I still liked the sixth season. I do still miss Sarah Polley as Sara Stanley as one appearance isn't enough. Though I still like the characters that have remained, and will watch the seventh and final season to see where they end up.
Posted by Adam at 5:00 PM

Sounds rather interesting. Is it on Netflix?

I am still in Germany but was able to get on line today and moderate some comments.

Now we are on the same page. I dearly love to read. I get most of them from the library as they cost to much to buy. I am reading one now, so interesting, do not want to put down.

Don't remember if i watched tat far or not

I'm SO impressed that you would watch a series like this with your girlfriend and enjoy it, too!! Thanks for the review.

now that's a shroomy cap on his head :)

I like to catch up on old shows on dvd too. I don't think my hubby would go for this one though lol. I'd have to catch it on my own time.

I never saw this series despite the fact that LM Montgomery was a second cousin of my grandmother. Family rumor has it that Rachel Lynde was based on a real person in cavendish which is Avonlea in the books. One of these days I'm going to watch all this.

i haven't seen this far in the tv series. in the book anne of avonlea the twins davy and dora actually live with marilla and anne in the house at green gables. this is after matthew cuthbert dies.after rachel lynde's husband thomas dies marilla invites rachel to live with her too. so rachel lives with the twins at green gables too.