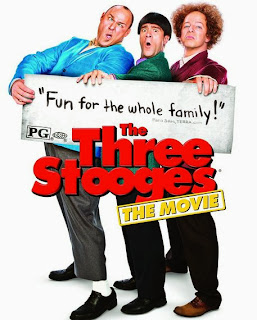 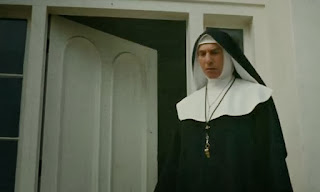 The films starts out the with the stooges dropped off at the orphanage while they were still infants. Larry, Curly, and Moe turn out to be quite the trouble-makers when they grow up. They also never get adopted, and stay at the orphanage as helpers. Except most of the things they tried to do end up in disaster. 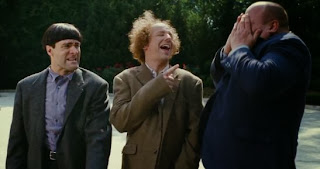 But one day, bad news breaks that the orphanage would be closed (which is their fault) in a month. The Stooges are heartbroken, and decide to go out into the real-world to find a way to save the orphanage. But with no real plans and such a short time limit; the Stooges have quite the challenge ahead of them. 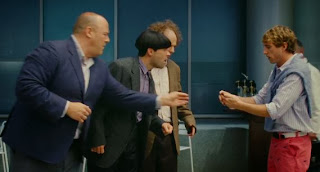 Overall The Three Stooges was way better than I expected. The comedy found in the original Three Stooges is present, and I couldn't help but laugh and laugh. It's childish, it's juvenile, but it's hard not to love. Some remakes do often end up terrible, but this is a great homage to the original. Though I don't know if I'd want to see a sequel as I expect to see a lot of jokes recycled.
Posted by Adam at 2:00 PM

Now, we are on the same page. I grew up with this crazy bunch. Loved them.

I'm so familiar with the original Stooges that it would be difficult accepting different people in the roles. But like you I've heard people say good things about this movie.

this movie is funny and crazy!

Like Stephen, I can only see the Howards and Larry Fine as the stooges. But everyone I've spoken to say it's hysterical. Then again, the remake of 'The Little Rascals' sucked.

I liket the classic version !

We didn't like this one. Kept hoping it would get better as it went on. Never did. I certainly won't see a sequel!