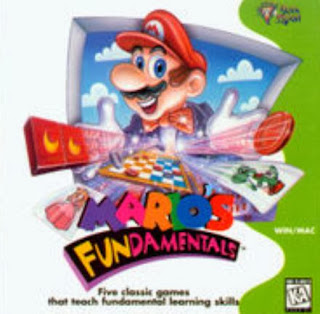 Previously known as Mario's Game Gallery, Mario's Fundamentals was a game for PC and Mac that featured Mario and classic games like checkers and backgammon. It was also the first game to feature Mario's voice actor Charles Martinet. 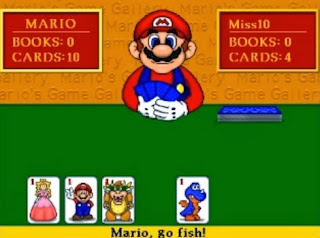 The game basically is a couple of simple board and playing card games with Mario. For example, you get to play Go Fish with Mario. You can also play checkers, dominoes, backgammon, and yacht. 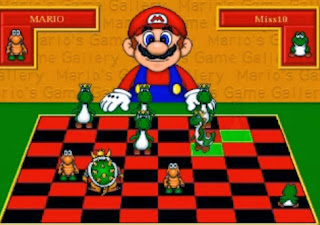 And that's about it. Just matches against Mario. Though with little cameos from Yoshi, Koopa Troopas, Bowser, Peach, and other Mario characters. You also (thanks to Charles Martinet) get commentary from Mario during your matches. 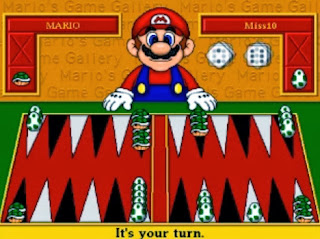 Overall if it wasn't for being the first game to feature the "voice of Mario", even less people would remember it. Though it's rather odd to see a time where Mario had games outside of Nintendo consoles. While I think Martinet is the perfect voice of Mario, the original dialogue in Mario's Fundamentals is unintentionally hilarious.
Posted by Adam at 3:00 PM

Email ThisBlogThis!Share to TwitterShare to FacebookShare to Pinterest
Labels: A Look Into Video Games, Mario, Nintendo

I say a big YES to this game !

First time I even heard of it

I bet Mario was terrible at Chess.