Fact of the Day: Ancient Evolution 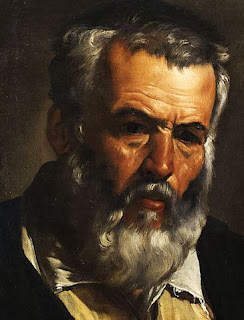 The ancient Greek philosopher Anaximander may have lived many centuries before Charles Darwin, but he gave the world the earliest known thoughts on evolution. While most of his ideas were later proven inaccurate by modern evolutionary studies, he is admired for being the first known person to use evidence and logic to explain mankind's origin rather than through super-natural creation myths.
Posted by Adam at 12:00 AM

Kudos to this guy.

Thanks so much for your sweet words, they made my day!
I had no idea - what an intelligent man!

Well this is new for me - and am loving the name - Anaximander!! Take care
x

thanks for sharing, interesting . have a nice weekend.

Damn, Zeus must have been pissed off

At least he was on the right track.

I never knew this! But I was wondering, why is it always the Greek that are the smart ones?

I heard about it!

Yes, many had tried to prove that there is no God:(

Thanks for illuminating me on this important philosopher, and it's always a joy to see work by Ribera.

At the very least, he dared to think differently!

Interesting. I've never heard of him before.

Hi, Mr. Adam....I lost my blog for a bit...oh, it is still there but I was blocked out of it for awhile. So...what's a girl to do but start a NEW blog...then, I figured out how to get back control of my original blog (with a blogger's help)....so now, I have two blogs and don't know what to do with them. hahhha....

Very interesting post here...I had not heard of him before....

You gotta love a free thinker!