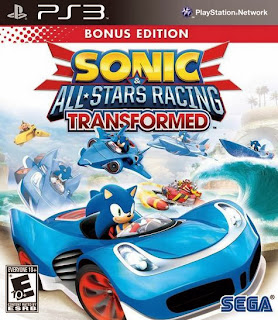 When Super Mario Kart landed on the SNES back in 1992, it was one of the most beloved racing games of all-time. Sega countered Mario with Sonic R on the Sega Saturn, and I considered it one of the most horrible games I've played. I did play a little of the original Sonic & All-Stars Racing on the Xbox 360, and was honestly shocked by its quality. Impressed by it's predecessor, I decided to see if the sequel was any good. 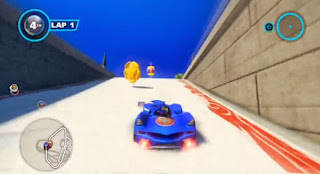 Like Mario Kart, Transformed is a simple go-kart (sorta) racer with power-ups that either help you or slow down your opponents.  While I wasn't terribly familiar with the original, I can tell the new feature in the game is the ability for your car to morph. It can fly in the air as a plane or ride the waves as a boat. 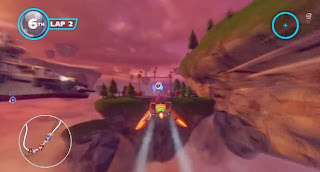 The single player features a rather impressive world tour mode which features challenges at your own pace. The good majority of the challenges are against A.I. opponents in a race to the finish. But there are also some unique ones here and there like a drift challenge and a challenge that has you maneuvering through traffic. And of course like any racing game from this decade, an online-mode to race friends and strangers. 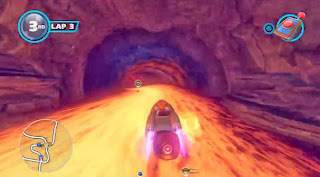 Overall I ended up enjoying Sonic & All-Stars Racing Transformed a good bit. I thought the game had surpassed Mario Kart in offering a more full-filling campaign mode. Though the actual racing isn't as fun as Mario Kart, and the boat and plane transformations aren't that revolutionary. When compared to Sonic R, it's a masterpiece, but overall Mario is still a good bit better than Sonic.