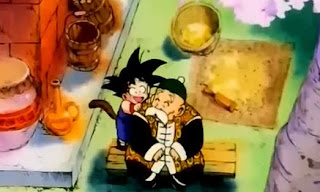 While Goku's son Gohan would be more famous, Goku's "grandfather" (which he obviously named his son after) was one of my favorite characters in the original Dragon Ball. Though ironically from the beginning on the story he already passed away. But he found Goku as a baby, and raised him as his own. 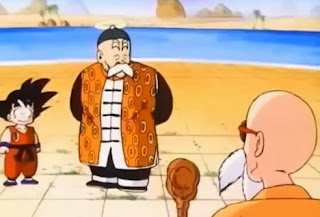 During the Fortuneteller Baba Saga, Goku faces an opponent who turns out to be his Grandpa Gohan. Turns out that Fortuneteller Baba can bring those who had died back to the living-world for a day. Which was a delightful reunion. And also a method Goku would use to return to Earth during the Majin Buu Saga. 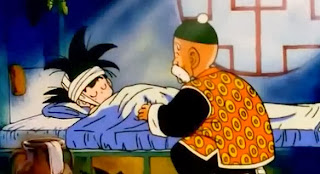 He appears in some flash-backs during Dragon Ball Z, when Goku learns he's from an alien world and part of a people known as Saiyans. His brother Raditz doesn't understand why Goku never conquered the Earth, but it is revealed that Goku suffered a head injury while with his grandpa. He turned from an evil and aggressive boy to a happy and pure hearted soul due to amnesia. I loved that detail and kind of makes you wonder what Goku would've been like if that never had happened. 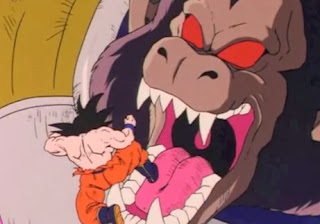 Goku later learns while fighting Vegeta's Oozaru form that he also transformed in his earlier days. He had no memory of it but heard stories of a monster who destroyed the World Martial Arts Stadium and crushed his Grandpa. I always thought the scene where Goku figures out the ironic truth was very surreal.
Posted by Adam at 10:50 PM

I like him too. I really enjoyed the original Dragon Ball. Never cared much for Z or GT.

I grew up with DBZ and was absolutely blown away by it. Now I've watched original Dragon Ball and I know what you mean.