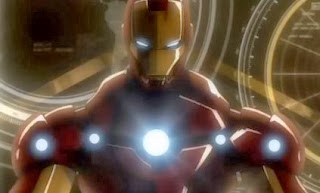 Unlike in earlier years, there have been quite a few excellent animated films based on comic book heroes. While I believe DC has gotten pretty awesome at it lately, Marvel can still make a decent movie. Though Iron Man: Rise of the Technovore is a little unique. The animation was actually done by a Japanese studio, which technically makes it an anime film. 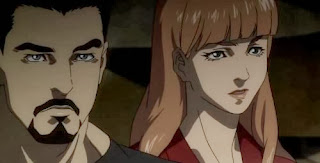 Though the story is very much inspired by the characters and story from the Iron Man feature films starring Robert Downey Jr. Tony Stark isn't funny or sarcastic in this one, but you still have Rhodey, Pepper Potts, Nick Fury, and Black Widow. The world knows Tony's role as Iron Man, and Stark plans to launch a new project that could theoretically provide world peace. 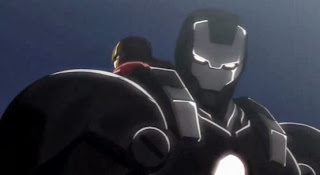 Though before his plans see reality, Iron Man and his friend Rhodey (War Machine) have to defend themselves against a surprise group of technological foes. While most of them are easily handled, their leader is almost unstoppable using a suit made up of mysterious technology that makes Tony Stark's Iron Man armor obsolete. While Nick Fury commands Tony to stand down, Stark rebels and stops at nothing to save the Earth before it's too late. 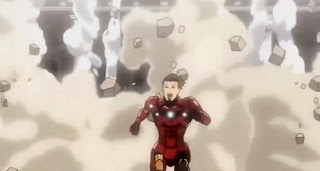 I really liked Rise of the Techonovore at first; it had excellent animation, it was obviously inspired by the Avengers-related movies, and features some cool cameos such as Frank Castle, Black Widow, and Hawkeye. Though the main villain (which I don't want to spoil) is probably one of the lamest bad guys I've seen in a long time. While it had promise, the conclusion of the story was so dreadfully boring that I can't give it much praise.
Posted by Adam at 6:00 PM

haha yeah heard it had a lame arse bad guy

well... it might be the lamest bad guy, but I think the movie is still good INCLUDE that lame bad guy. I rate IM #1 and #3 B+ and #2 as B- .
great review, MERRY CHRISTMAS! :)
http://sepatuholig.blogspot.com