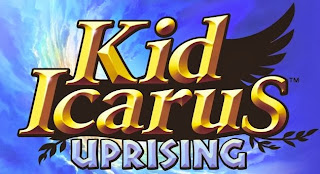 I never played the original Kid Icarus on NES, but I do know of it's notable legacy. I did play the sequel on  the Nintendo Gameboy called Kid Icarus: Of Myths and Monsters and was rather unimpressed. Like many others, I did like the "new" Pit (the hero of Kid Icarus) in Super Smash Bros. Brawl on Wii. I guess it's no wonder that Super Smash Bros. creator Masahiro Sakurai was asked to make a sequel for the modern generation of video games. 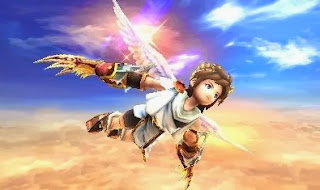 The game features a single and multiplayer mode. The story sets off with Pit being asked by the goddess Palutena to protect the Earth from the revival of the evil Medusa. Most of the levels start with flying missions (similar to StarFox) but due to Pit's limited flight powers, the later part of levels finish while you travel on-foot. 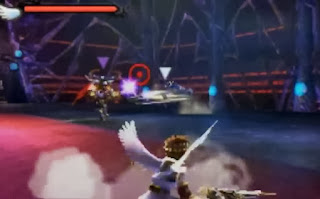 The non-flight sections are almost like Zelda meets Metroid Prime. Pit can travel around dungeons and castles with plenty of secrets. At the same time defeating enemies and bosses with different strategies and weak-points. The online-multiplayer features two modes with a versus mode and battle royale though while they are fun the better part of the game is the story mode. 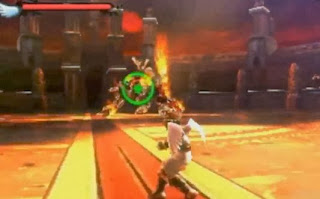 Overall Kid Icarus: Uprising will most likely leave you unimpressed at first, but after the first ten levels it will get remarkably better and frankly pretty awesome. I also thought the voice-acting was superb and the dialogue and story between Pit's friends and foes was hilarious and brilliant. I would give it a better recommendation but the only thing really holding it back is an uncomfortable control scheme similar to Metroid Prime Hunters on DS. I really do think the Wii or WiiU would have been a better platform for the game, but maybe a sequel one day.

Yeah I think this will be my next 3DS after I finish Link Between Two Worlds. Nice presentation.