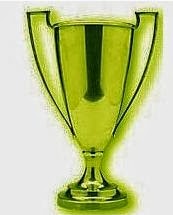 November was a very busy month for me, but I managed to watch a good bit of movies and played one video game.
Favorite Movie: The Hunger Games: Catching Fire 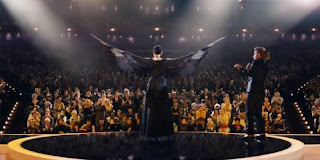 I liked the first movie, but the sequel (in my opinion) was even better. While it might at first seem like deja vu, there's more than meets the eye. I'm glad to hear that the third book will be made into two films (like Harry Potter and the Deathly Hallows) as both Hunger Games films obviously had to leave out some of the story in the books for time restraints. 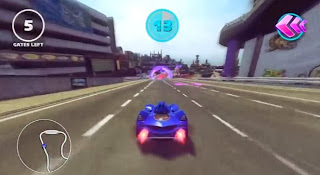 I played the newest Sonic racing game on PS3, and was really surprised on how much I enjoyed it. Most of his older games like Sonic R were terrible but this could rival Mario Kart if the series makes a few improvements.
Posted by Adam at 7:54 PM

I would love to see Catching Fire!

Haven't seen Catching Fire yet but we probably will.

Oh, last month was a 1 week holiday in Thailand. That was my achievement this year of a one week holiday trip for the family.

I am planning on seeing Catching Fire this Thursday.

We will be seeing Catching Fire tomorrow. I can't wait!

Great post even if I never see Hunger Game ! :)

i've read a few of the hunger games books, but not all. i haven't seen the movies yet, but i'm sure one day, i will. i'm intrigued with what their costumes may look like.