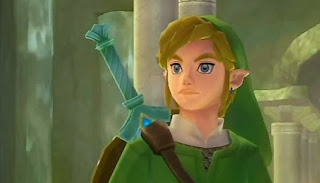 For those who don't know, The Legend of Zelda: Ocarina of Time has been my favorite game since I first played it back in 2000. While all the 3D sequels have been excellent, they all had their faults. Though none of them (except Majora's Mask) really innovated the series. While Skyward Sword follows a similar formula, the new Wii MotionPlus controls (which weren't around at the time of Twilight Princess) took the series to a whole new level. 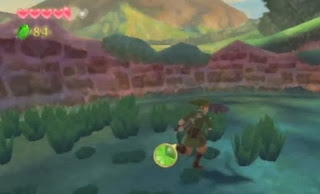 The motion controls for the first time let you swing Link's sword like if you were really Link himself. This allowed the game to evolve with enemies (the ones that used swords anyway) to block and counter your moves and vice versa. The aiming for the bow and other long-range items was also excellent. 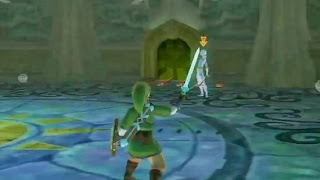 I also really liked how the story was the ultimate prequel to the series. There was no Ganon, Zelda isn't a princess, and there is no Kingdom of Hyrule yet. The story was fresh and the main villain for most of the story is the demon Ghirahim who wishes to revive his dark lord. He was also the most memorable boss of the game for me as when you first fight him, he can catch your sword (not in a cut-scene either) and toss it on the other side of the room. 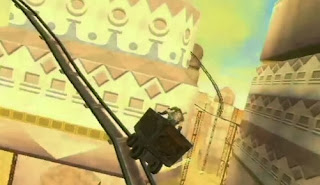 The game was also one of the longest in the series. It had plenty of dungeons, lots of side-quests, and overall is one epic adventure. While I still prefer Ocarina of Time, Skyward Sword really showed that the series is still one of the best in the industry. My only real complaint is that I wished they had saved it for the WiiU. Not being in HD  in the year 2011 did make it feel a bit dated visually.
Posted by Adam at 5:00 PM

I got a friends that like so much zelda