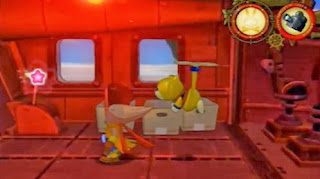 Realizing that the WiiU is now over a year old, I figured now would be a good chance to reminisce about my favorite games for the original Wii. The worst of the best is Zack and Wiki:  Quest for Barbaros' Treasure which is one of the system's lesser known games. 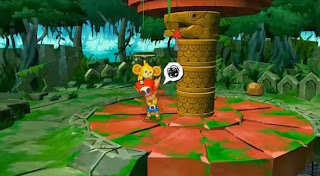 It was actually a point-and-click adventure game you'd rarely see on either consoles or handhelds. The game had plenty of levels each with many puzzles, and secrets. While the levels would challenge your thinking-skills, they where still fun instead of frustrating. It's a shame many gamers ignored this one as it will probably never see a sequel.
Posted by Adam at 5:00 PM

Great ! I do not know this game but I want to try it now !
For me, the supreme games on Wii are Super Mario Galaxy and Mario Kart ! It is so fun ! :)

Never played this one, donkey kong was my tops I'd say

Never saw this one either. CoD is on at our house.

So many good memories with this one. Those colors and them items :) Loved it.