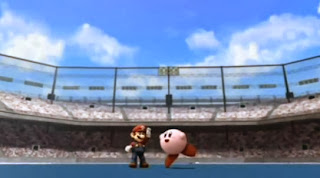 Super Smash Bros. Melee is one of my favorite games of all time, and when the sequel Brawl came out on the Wii I was more than excited. It had been a good number of years since Melee and there was plenty of new features and characters. Including the first non-Nintendo ones being Metal Gear Solid's Snake and Sega's Sonic. 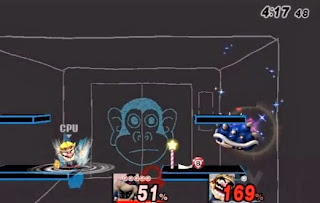 The game was generally the same as Melee with the layout and moves. They did recreate the adventure mode with a story and impressive cut-scenes. Though I did miss the Adventure Mode of Melee, as I thought it was overall more fun. 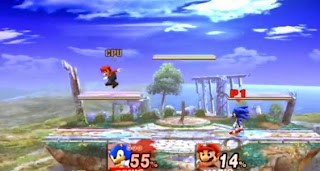 Besides the online matches barely working, and tweaks in the game physics (though only super-fans will be able to tell the difference), I was overall satisfied with Brawl. I did miss that Roy and Mewtwo were no longer around either, but even though I had less fun than I did with Melee it was still one of my favorite Wii games.
Posted by Adam at 11:57 PM