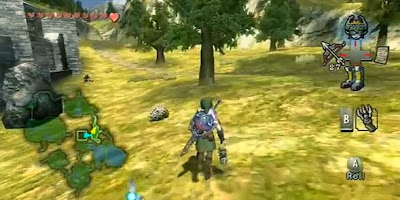 While it was originally suppose to be one of the last great Gamecube games (though it was still on the Gamecube) most knew it better on the Wii. The two were pretty much the same except the controls were different and the Wii version was mirrored to have Link being right-handed as he's traditionally left-handed.

Though the graphics were mostly a more grim take on Ocarina of Time rather than a continuation of Wind Waker's cel-shaded look. I was happy to see Skyward Sword mix the two styles beautifully. I also liked the new Wii controls. Sure the sword moves were limited to the A button, but I really liked being able to aim with the Wii Remote. 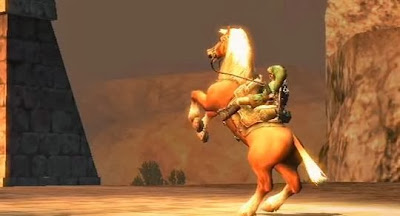 While a lot of the game wasn't as memorable as Ocarina or Wind Waker, many forget how epic Twilight Princess really was. I was disappointed though that the villain Zant really wasn't much of a villain at all though. While it didn't revolutionize the series, I still enjoyed every minute of it.
Posted by Adam at 11:03 PM

That was a cool game.
I remember my brother playing that
and me too.

It's interesting to read about these games, even though I've never played any.