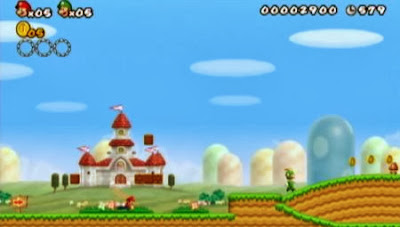 The original New Super Mario Bros. on DS was a good platformer and a great revival of the classic 2D games. Though it was too easy, a little bland, and there was a lot they could have improved upon. I was surprised to see the first sequel appear on Wii instead of the DS (or the eventual 3DS), but I thought it would be about the same quality as the first. I was thankfully wrong about that. 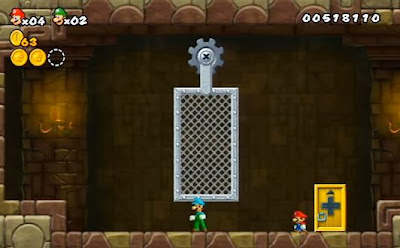 Don't get me wrong, I did like the first game but I loved New Super Bros. Wii. It had such a variety of levels, proved to be a challenge in the later levels (though not terribly difficult), and had levels almost as fun as Super Mario Bros. 3 or Super Mario World. I have yet to play either the 3DS or WiiU sequel, but I will.
Posted by Adam at 3:01 PM

You young folks are just too smart for me. My great grandson, who is nine, plays his Wii like a pro. He does not understand why I have such a hard time trying to pay with him.

This reminds me of the good old days..... the original Mario Brothers!! Yep, aging myself with that one ;-)

This is a fabulous game! One of my favorites!

I loved the Mario Bros game too. Thanks for stopping by with the extra info on the 3 Monkeys. Thought that was very interesting. I am going to add it to my blog post.

Mario is always a classic!

This reminds us of our childhood!