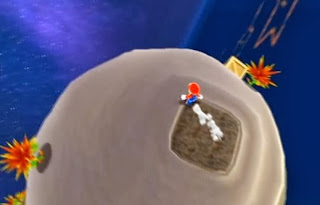 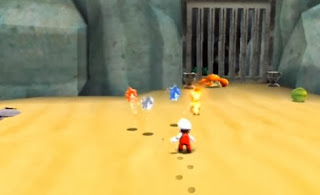 The game was more like Super Mario 64 except Mario could travel in outer-space (they never explain him not needing a space-suit) and travel on tiny planetoids but also larger areas as well. There were some new power-ups like Bee Mario but Mario had to rely more on platforming without the aid of a tool like the FLUDD from Sunshine. 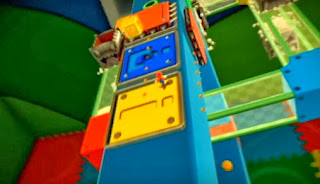 There were also some cool levels that were wacky and didn't make much sense with the "galaxy". It was a joy to play but it also provided some challenges for Mario fans. It still showed that after many decades Mario is only rivaled by few.
Posted by Adam at 11:42 PM

The Wii-U one is pretty good too.

I've completed both galaxies. They are the best Super Mario games ever. Haven't played the 3D World yet but I doubt if it will surpass them.

You've already ticked off a great title from top 1. I wonder if you will choose Galaxy 2 as no1 :)

due to Daisy taking my Wii for her house, I never got to finish Galaxy 2 I'm afraid