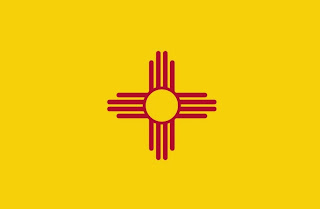 Out of all the 50 States, New Mexico had been rather unique in the marriage equality debate. It was the only state with no laws against marriages of couples of the same gender, but no laws in favor of it either. The unclear issue was settled by the Supreme Court of New Mexico, and I'm proud of them.
Posted by Adam at 4:00 PM

I love New Mexico, great choice!!
That means give a future to the state!!
http://laviecestchic.blogspot.it

Live, let live, and marry whomever you choose, I say.
Good for NM!

I was also happy when I heard the this news.

My son used to live there. I'm sure he's happy for that state too.