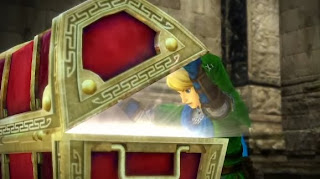 While Mario has had plenty of strange spin-offs, The Zelda series hasn't had much outside the awful Philips CD-i games and Link's Crossbow Training. But now Nintendo along with Tecmo-Koei are making Hyrule Warriors, a spin-off of the Zelda series with gameplay similar to Dynasty Warriors. 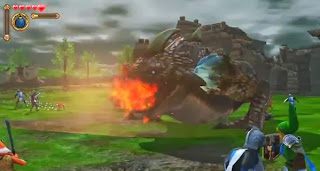 I never really played Dynasty Warriors though I knew a few friends who loved the series. While it is a bit strange to see the Zelda series get a real spin-off, it does look promising. It's suppose to come out some time next year at least for Japan anyway.
Posted by Adam at 9:04 PM

Zelda's ocarina is my intro to the series, since i play the oc

I don't think my girls will play this one, but I may have to buy it anyway for myself!