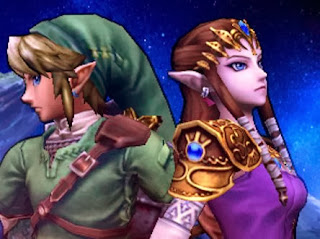 While it's no real surprise that one of Nintendo's most famous princesses would be yet again in the newest Super Smash Bros. game, it's interesting to see her appearance in the fourth. She's is yet again based on her appearance in Twilight Princess. Though it seems that is may be likely that she won't be able to turn into her Sheik persona. A move that may be unpopular for some, but I don't think I'll mind. 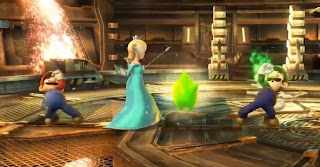 And to mention princesses, I somehow missed the news on Princess Rosalina making it to Super Smash Bros. as well. I liked her in Super Mario Galaxy, so I hope Rosalina is a good character in SSB4.
Posted by Adam at 11:48 PM