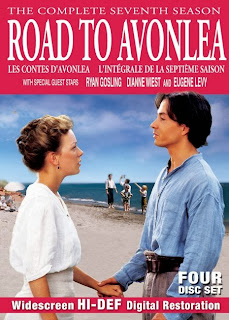 In October of last year, my fiancee Daisy introduced me to Road To Avonlea, which is a spin-off of the Anne of Green Gables mini-series. Now finally we have both reached the final season. Looking back it's hard to believe of how much of the story has changed. 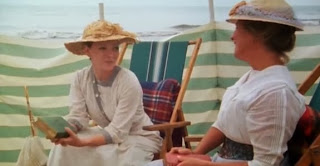 The story starts right after the end of the last season with Felicity King in denial of Gus Pike's "death" at sea. She is depressed and struggles to move on. She later meets a man named Stuart McRae who desperately tries to wins her heart. Even though the time she spends with Stuart is helping her heal, she doubts she can love again. 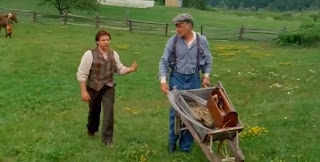 But Felicity's story is one of many as we see other members and friends of the King family evolve. Felix figures out what he wants to do with his life, Hetty refuses to let the town of Avonlea modernize, and Jasper and Olivia see dramatic changes in both their family and careers. 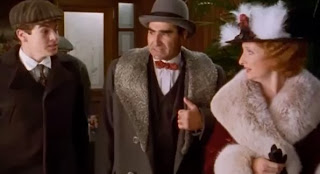 Overall while I enjoyed almost every episode of Road to Avonlea, it is comforting to see the story conclude. While Sarah Polley's departure from the series was unfortunate, many of the other characters that became more of the central protagonists also became a bit disconnected with the show as well. I don't know how it would of ended if the series would've ran another year, but I'm glad I got to see the finale.
Posted by Adam at 6:17 PM

Not sure I will like it, but Happy New Year !

Did not watch this. However, I am not a big TV watcher. Best wishes to you and family for a very blessed New Year.

I have never seen this, but I want to see it. Thanks for sharing this, Adam, and have a Happy New Year!

I wish I could find this new version because I just can see the ancient one. Kisses:)

I always feel sad at the conclusion of a TV series!