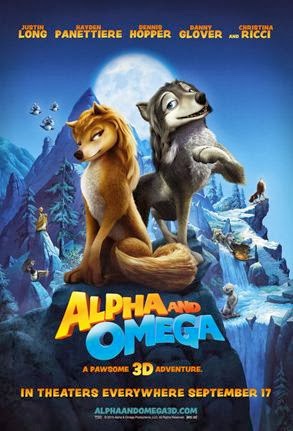 I few years ago I did remember hearing about Alpha and Omega. My fiancee Daisy loves husky dogs (though this movie is about wolves), and she decided she wanted to see it. I hadn't heard terribly awesome critical opinions, but I decided to see if it was at least half as good as a Pixar classic. 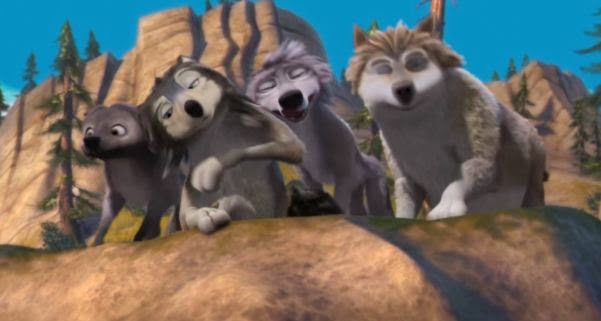 The movie starts out with the Omega wolf Humphrey and his friend Kate who is an Alpha wolf. While he adores Kate, he knows that because of the wolf social-class that they will always be friends. They live a relatively peaceful life, but the wolves on the eastern side are causing trouble. The leader of the eastern wolves asks Kate's father (who is the leader of the western wolves) for Kate to marry his son so they can unite the wolves and end the conflict. 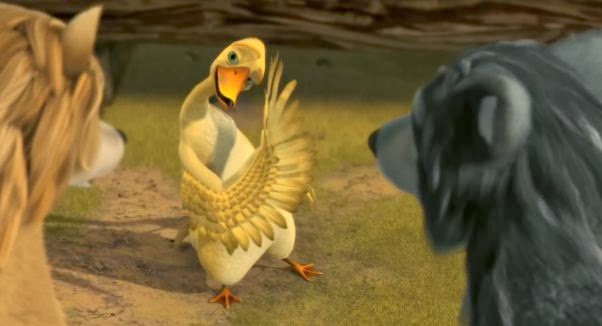 However right before Kate is to be married, humans relocate Kate and her omega friend to a state park in Idaho. While they have nothing to complain about in their new home, they are determined to travel back to Canada. If Kate doesn't return to marry her fiance, then a bitter war between the wolves could happen. 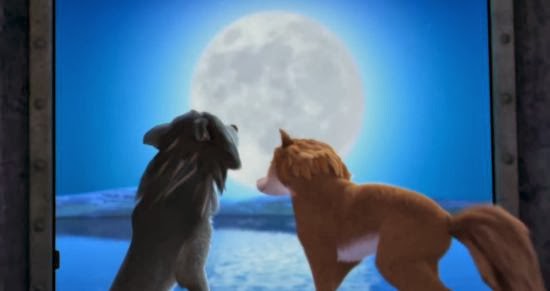 Overall Alpha and Omega was a lot better than I expected. While it isn't comedic genius nor does it have a incredible story; I would say it was an enjoyable film. Though I wouldn't be very interested in seeing the sequel, and it doesn't hold a candle to Pixar.
Posted by Adam at 3:00 PM

I have never watched this movie!

This one didn't intrigue me enough to see.

Thanks for leaving such a darling comment on my blog!
I guess it's perfect to watch while you're doing something else like sewing etc!

Not much can top pixar

My daughter liked this one. I thought it was just ehhh. Won't be seeing the sequel myself.