Fact of the Day: Clark Gable 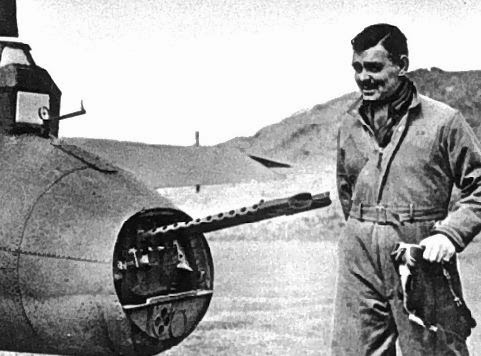 Clark Gable, an actor best known for his role as Rhett Butler in the film Gone with the Wind joined the Air Force (when it was still part of the U.S. Army) during World War II despite being one of the biggest actors in Hollywood. Gable was ironically Germany's tyrant leader's favorite actor and he promised his soldiers a impressive reward if they were able to bring in Clark Gable unharmed.
Posted by Adam at 12:00 AM

Great fact, Adam....and great actor! Thank you so much for sharing this.

Crazy to have a bounty on your head like that! Great actor!

I didn't know this actor))

I wonder what Hitler wanted to do with him if he had been caught alive?

That is quite an interesting fact!

I didn't know that either!

Another fun fact I didn't know.

I remember hearing that somewhere before. Very interesting!

Neat fact! Gone with the wind was a great movie.