Fact of the Day: Drama King 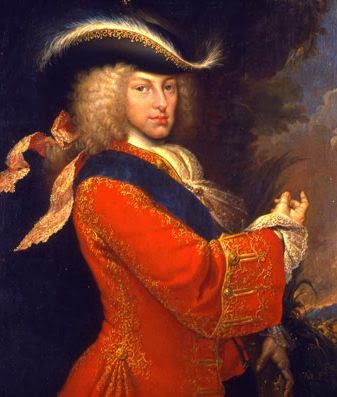 When King Charles II of Spain died without an heir (he had no children), many nations in Europe eventually started the War of the Spanish Succession. The war was a bitter debate on who in Europe had the right to be King after Charles II. Many in Europe feared that if the new King Phillip V also gained the right to the French throne (which was possible) that it would upset the balance of power on the continent. In the end Phillip V remained King but with the compromise of denouncing any right to be King of France.
Posted by Adam at 12:00 AM

Email ThisBlogThis!Share to TwitterShare to FacebookShare to Pinterest
Labels: fact of the day, france, Spain

cool! we did not tackle this in school so this is really interesting. I like France. :)))

Gracious! I didn't know any of this either.

Sounds like he caused a bit of a stir.

I know this fact because it is part of the history of my country and I would like to teach you today( I hope you don´t mind) Do you know this king´s nickname?The bewitched king because his dinasty ( the Hasburgs) married themselves ( with their relatives) and their blood became " ill". Maybe this is not the best way to speak in English but I hope you unterstood me. Kisses and nice day:)

Wise decisions, you'd wish nowadays there would be decisions like this to keep the power of individuals at bay!

Have a great week,
-Kati

interesting history... i've read it before :)

to bad it isn't done today

At least he was sensible in that way

That is definitely not the way to win a game of Risk.

A history lesson I didn't know!