Fact of the Day: Rose King 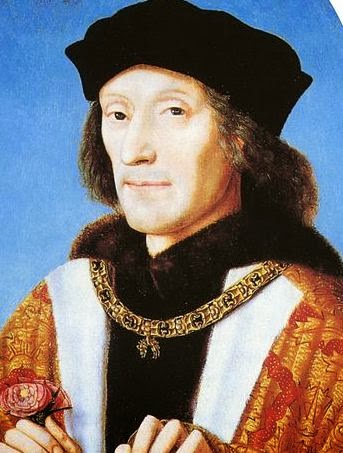 When the English War of the Roses was over, Henry VII became King and also founded the House of Tudor. Unlike many monarchs in English history, Henry VII did not obtain the throne through his family tree. Henry VII's forces managed to defeat King Richard III in battle, and he claimed the crown in victory.
Posted by Adam at 12:00 AM

interesting bit of history!!! which I did not know!!

This fact is totally new for me. Interesting! It was more or less the same here in Spain with Charles II. Kisses:)

Not really. He was married to the princess from the Stuart dynasty, Richard's niece who was also a daughter of the previous king, and he was a descendent of older kings, so he had royal family relations.

I wasn't aware that some thrones were obtained through battle as opposed to through bloodlines. Interesting.

true but not enough to get the throne traditionally as a rightful heir. He only married Elizabeth of York to make his right to the throne more official

Interesting, good for him! Thanks for stopping by my blog!

Can't get it through blood, create blood, i guess

I didn't know about it! Nice fact about History!

Very interesting! :) Thanks for sharing!

Aside from Cleopatra, Richard III is the most maligned monarch in history. The Tudors did not have any right to the throne which is why Henry (in my opinion) had the princes in the tower executed. These boys were last seen when Richard was alive, but not after Henry seized the throne. Victors write history and Shakespeare wrote to please the Tudors who ruled England in his day.

Very interesting. I like to learn more on your blog :)

Sometimes you just have to take what you want.

hmmm.... ignorant of me, I thought the whole English monarch was from one family tree.
great sharing!
http://sepatuholig.blogspot.com/