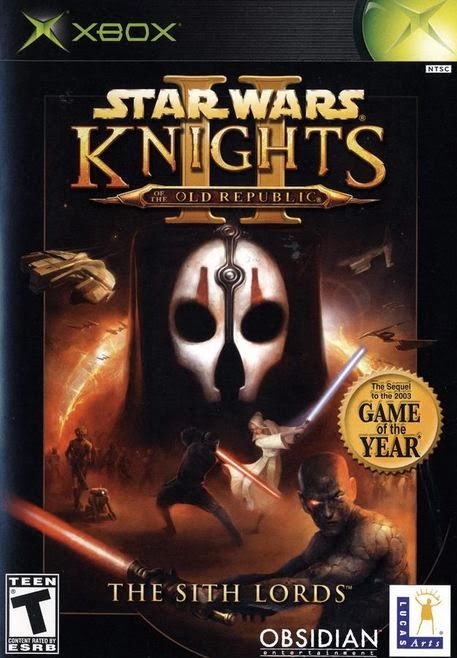 Far from my favorite genre of video games, I did have a lot of fun recalling my favorite RPGs. It is also a video game genre terribly hard to define (I certainly don't count the Zelda games as part of the genre), as Star Wars: Knights of the Old Republic II: The Sith Lords is not a typical one. While games like Final Fantasy and Dragon Quest made slow turn-based combat almost synonymous with the genre, the KOTOR series is in real-time. 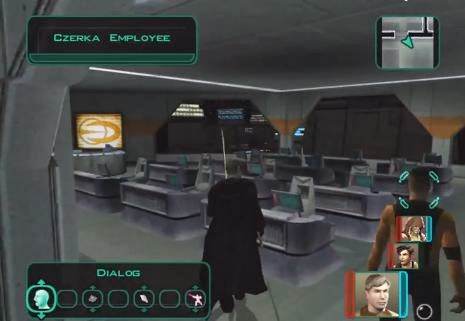 While the game-play in the original was stellar, it also had a cool story which could either be light or dark depending on if you became a Jedi or a Sith through choices and actions. KOTOR II takes place five years after the first, and you play as a new character who was a Jedi who had been exiled by the Jedi council. 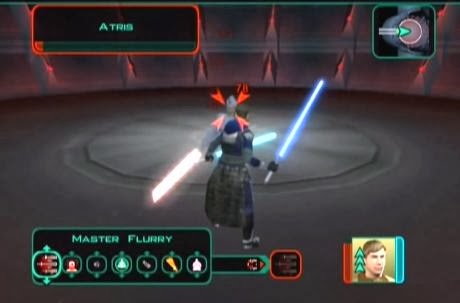 The combat was mostly the same as the original with little differences. It's a bit hard to explain in words, but it works really well and never gets boring. Well to me anyways, and you do travel to many planets with great missions and moments.

While it doesn't quite compare to the original, I really enjoyed the sequel. I heard for a long time that the developers had rushed the game before it was ready, and I think the story's ending did show hints of that. The ending was terrible and for a villain as cool-looking as Darth Nihilus, he sure wasn't very important.
Posted by Adam at 5:28 PM

It must be a very nice game. Love Star Wars saga too !

Have a lovely weekend :)

Never heard of this one

I love the Star War movies, but I've never played a SW video game. Jedi or Sith? I would probably pick Jedi! Have a great weekend!

I don't know of this one either. Thanks for the review.

I was pondering about being a Sith in II, but I think I still ended up being a Jedi.