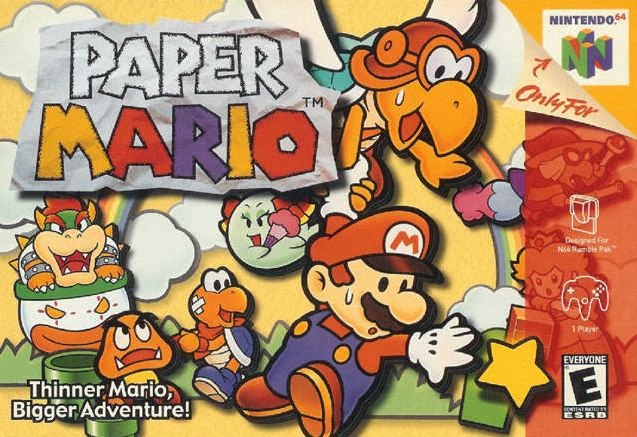 For much I adore the Mario RPGs, Paper Mario was ironically one of the last ones I had played. I missed out on it when it came out on N64, but managed to play it when it came for the Wii's Virtual Console. While I thought the sequel The Thousand Year Door was a good game, this was beyond awesome.

Even though there are now a good number of games in the Paper Mario series, the art-style was really cool at the time. The story was generally the same as other Mario games with Bowser taking Princess Peach with some kind of evil plot as well. 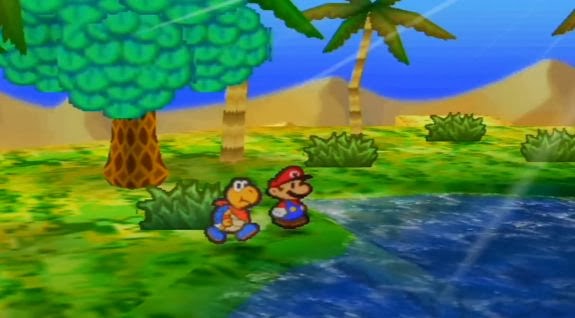 Unlike other Mario games, Paper Mario introduced many new characters. Most of whom become members of your party with their own powers and attacks. Unlike Super Mario RPG, the combat used timing to cause extra damage to foes. Which is a reason I really liked the Paper Mario and Mario and Luigi games, they gave you more than just strategy to rely on.

While not the best Mario RPG, it certainly comes close. It's cute, funny, clever and just a gloriously fun game. While it does many things that are typically Mario, it really innovated the series.
Posted by Adam at 4:00 PM

I still miss it.