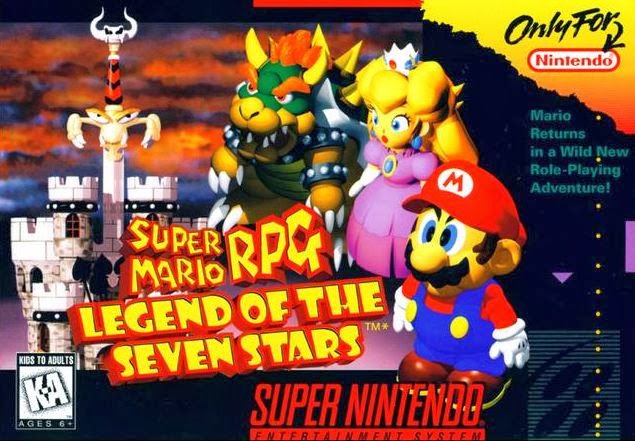 While generally over-looked by American gamers in the 90's, Super Mario RPG was the original RPG starring Nintendo's Mario. It was also developed by Square, the same guys behind the Final Fantasy series. It came out in 1996, and with the N64 and Super Mario 64 releasing later that year it wasn't hard to guess why it was "ignored". Despite that, it had quite the legacy among fans considering it to be a masterpiece. I was more than excited when it came out for the Wii's Virtual Console. 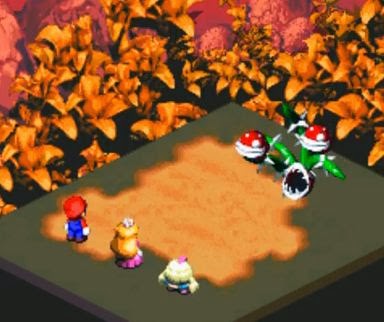 The game featured turn-based combat similar to Final Fantasy, but with (mostly) Mario characters and foes. The main nemesis of the game is not Bowser, but a new villain named Smithy. Super Mario RPG ironically saw Bowser as a playable character in your party. Two other allies, Geno and Mallow were totally new and despite critical praise for Geno he's only made one very small cameo in the series ever since. 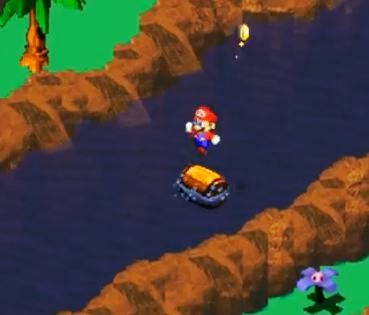 What set Mario apart from traditional Japanese RPGs was when it meshed traditional game-play with elements from the main games. In combat Mario could use his hammer (from Donkey Kong), jump, or launch fireballs against foes. In other areas you actually had to perform some platforming to get to the next area. 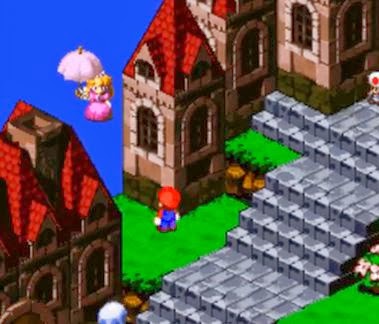 Overall I was impressed by Super Mario RPG, however I would say it's a bit over-rated from the impressions I had heard. But don't get me wrong, I think it's a fantastic adventure. No Mario fan should miss  it especially if they had enjoyed Paper Mario.
Posted by Adam at 4:00 PM