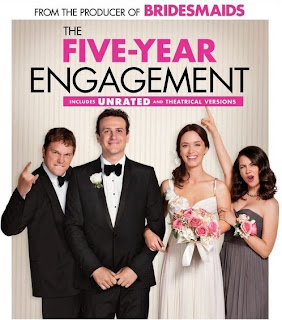 The Five-Year Engagement was something my fiancee Daisy picked out for us to watch. I don't think I recall hearing about it back in 2012, but I like Jason Segel as an actor. Being currently engaged, it seemed like a perfect movie anyways. 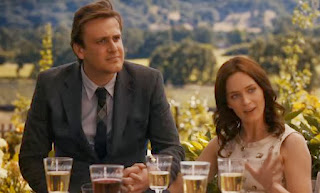 The plot begins with the engagement (obviously) of Tom Solomon and Violet Barnes. They both live in San Francisco and enjoy their time there. Most of their family and friends are thrilled about their engagement though they aren't sure when the wedding will be. 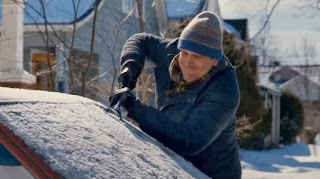 The wedding plans are delayed when Violet's sister Suzie gets pregnant and quickly marries Tom's friend Alex. To make matters worse, Violet accepts a position at the University of Michigan. While optimistic at first, Tom comes to realize that his dreams of being a spectacular chef won't happen in Michigan. The two then start to see great drama in their lives as more problems ensue. 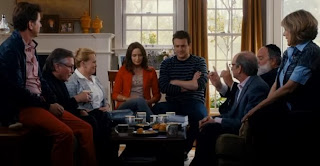 Overall I thought The Five-Year Engagement was a pretty hilarious romantic-comedy. Some of it is a tad boring in parts, but some moments are so outrageously funny that it makes up for it. Daisy also thought it was wonderful, and I'm glad she chose it.
Posted by Adam at 3:00 PM

Sounds like a fun movie to watch. Thanks for the review.

I have to watch it!!

Heard it was supposed to be funny

I saw it recently and thought it was fun. Not great, but fun!

I thought it felt like a 5 year long movie. Yes, there were funny parts, but it seemed to drag on forever!

I havent see that film.

I did write about it a number of times at my place. I do adore me Emily Blunt

I saw this in the theater and loved it. I have bit of a celebrity crush on Emily Blunt.