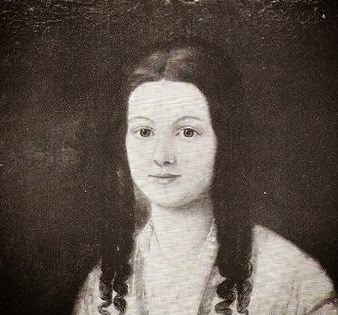 Sarah Knox Taylor fell in love with a young soldier, but her father did not approve of the pair getting married. She married anyway, but died of malaria just three months into the marriage. Her father Zachary Taylor later became the 12th President of the United States. Her husband was Jefferson Davis, who later became the first and only president of the Confederate States of America.
Posted by Adam at 12:00 AM

Email ThisBlogThis!Share to TwitterShare to FacebookShare to Pinterest
Labels: fact of the day, Zachary Taylor

Poor girl - did not live to see either of them becoming President !

That is interesting but sad she died.

That's sad. She died much too young.

it's interesting how I've never heard of the Taylor Mister before.. but I did hear about his son in law

Sucks indeed, never knew any of that

I wonder if dear old dad was like, "See? That's the universe's way of saying you shouldn't have married him."

Wow - so interesting that her father and husband would go on to such famous things.

How sad that she died so young.

That is really interesting!

Yeah, I bet people were like "See, do what your father tells you"!

Have the best week ever,
-Kati

Oh my what a horrible story. She is stunning though.

This is such a sad love story. I just read that Jefferson Davis even left his army career so he could marry her.