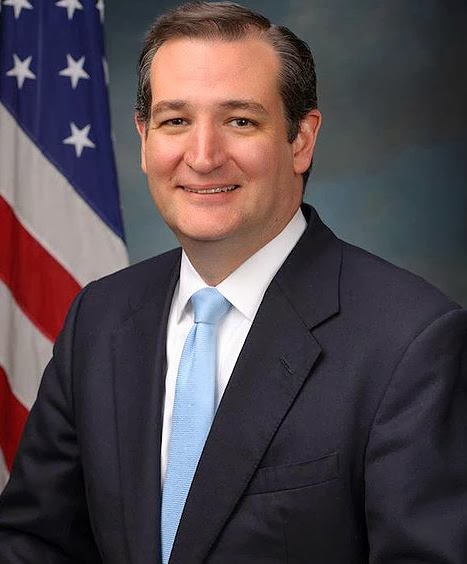 Senator Ted Cruz introduced a bill in Congress emphasizing that the individual states have the right to "regulate" marriage. The bill has no chance of being signed by President Obama, and it is unconstitutional due to the 14th amendment's equal protection clause. Knowing that conservatives now find themselves on the losing side of the marriage equality debate, they are doing everything they can to delay the inevitable. States' rights has long been an excuse for conservative politicians to keep their bigoted policies. Southern states used the reasoning to protect their racist policies decades ago, it was bigotry then and it's bigotry now.
Posted by Adam at 12:00 AM

Bigotry is bigotry...it cannot be cloaked under by "State's rights" arguments. I like the way you think Adam.

With you all the way, Adam!

Yup, bigotry is bigotry...no matter how you slice it.

I hope he's renounced his Canadian citizenship by now, the bastard.

Doesn't he have better things to do with his time other than being a complete jackass?