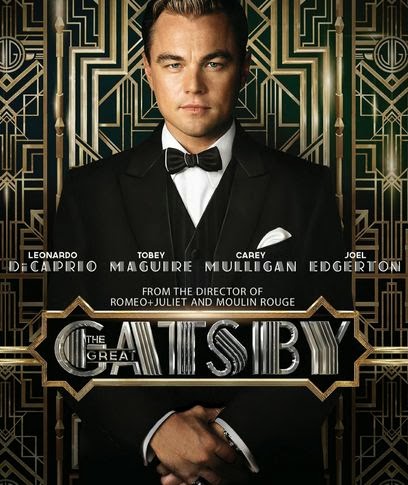 I do recall when The Great Gatsby was in theaters last year. I've heard a lot of positive and negative opinions since then and I decided to wait. I loved the book when I read it in high school, so I eventually couldn't wait much longer. My fiancee Daisy is a big fan of Leonardo DiCaprio and while she never read the book she also wanted to watch it with me.

The plot follows the book very closely. A man named Nick Carraway moves to New York City with hope, and lives very close to the legendary Jay Gatsby. While Carraway lives in a small house, Gatsby lives in a majestic mansion. Even though they have never met, Carraway gets personally invited to meet Gatsby. He is befriended by his neighbor, but only because of his cousin Daisy.

Five years earlier, Gatsby fell in love with Daisy but after World War I he could not return to her. She married someone else (though he is far from a perfect husband) and already has a daughter. Gatsby is too nervous to meet Daisy again to approach her directly. So he uses Carraway as a way to reunite with his lost love. 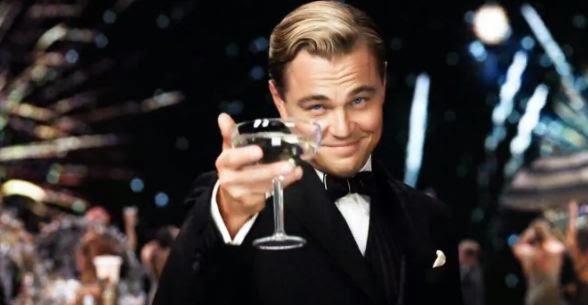 Overall The Great Gatsby was a lot better than I expected. While it has its imperfections, I found it to be very true to the original novel. Daisy also liked the movie as well. I now find it a little shocking that a lot of movie critics disliked it.
Posted by Adam at 3:00 PM

I love the book and this version of the movie

I thought it was a great film, so there, lol.

I was forced to read the book in high school, but I heard the movie was good. I love me some Leo! haha I'm following your blog ♥

Have seen it and I love it! :)
Love,
FASHIONHYPNOTISED

I thought it was a good movie too. DiCaprio's Gatsby was just the right blend of charmer and thug.

Thank you for this great review, I think I will rent the movie now.

Haven't seen the film or read the book. It's a thing I will do eventually is see the film.
Critics, well who can please them, they are paid to criticize.

I loved films although I recognise most of the times they are not as good as the books. I enjoyed very much this film: characters, actors, clothes, music...Kisses:)

I don't know why, I don't like this film. Anyway, this movie is pretty.

I find if the critics hate it, I love it. Can't wait to see this one!