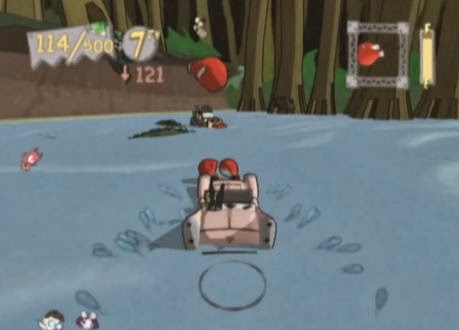 Originally suppose to be an Xbox exclusive (later on PS2 and Gamecube), Cel Damage was a cartoonish game featuring game-play similar to Twisted Metal. Now an updated HD version of the game will come out this spring for PS3, PS4, and PSVita. While it gained some notable attention since it was one of the first Xbox games ever, when it came out in 2001 it received rather mediocre reviews. I had played it on my Xbox probably around 2006 and thought it was mindless and terrible.
Posted by Adam at 3:00 PM

Hey Adam! I hope you are having a great weekend! Guess I don't have to worry about missing this game! Take care!

One of the grandsons LOVED playing this....Me..?...i am totally LOST about this fun stuff.