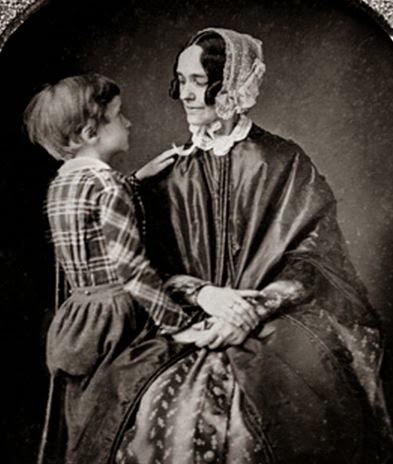 Shortly before he was officially President, Franklin Pierce was on a train with his wife Jane and their son Benjamin. During the trip, an accident occurred and the President-elect and his wife weren't seriously injured. However Benjamin was dead when his father found him after the wreck. His wife Jane never wanted to be First Lady, and losing her last child made her a recluse for the rest of her life.
Posted by Adam at 12:15 AM

Email ThisBlogThis!Share to TwitterShare to FacebookShare to Pinterest
Labels: fact of the day, Franklin Pierce

Omygoodness...this is the worst thing that can happen to a mama and daddy.
I never knew this.

That is awful indeed

Keep in touch on BLOGLOVIN

That's tragic! I'd be recluse after losing a child too.

Oh! it is a very sad fact today. Nobody understands a mother´s pain for her children. Kisses:)

I enjoy your blog Adam and always enjoy your historical trivia. This is a sad one I had never heard before.