Fact of the Day: James Reeb 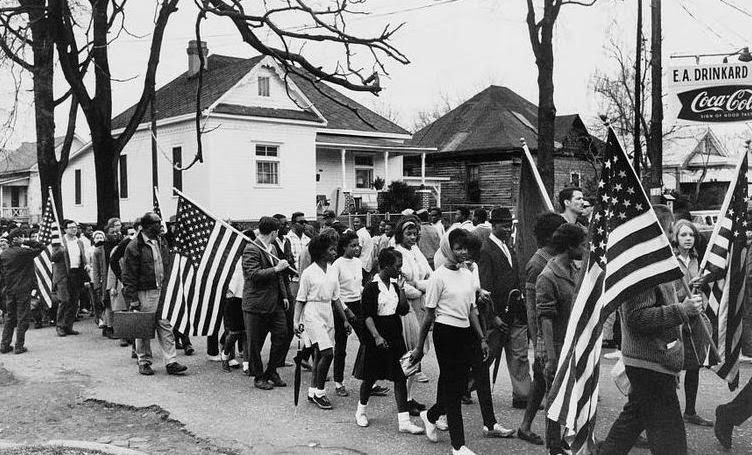 During the Selma to Montgomery marches in 1965, a Caucasian Unitarian-Universalist minister from Boston named James Reeb was beaten by white segregationists for marching for civil rights. He passed away from his injuries two days later, and the men responsible escaped justice. After his death, Martin Luther King Jr. spoke these kind words "James Reeb, symbolizes the forces of good will in our nation. He demonstrated the conscience of the nation. He was an attorney for the defense of the innocent in the court of world opinion. He was a witness to the truth that men of different races and classes might live, eat, and work together as brothers".
Posted by Adam at 12:00 AM

Email ThisBlogThis!Share to TwitterShare to FacebookShare to Pinterest
Labels: Alabama, fact of the day

It's upsetting that the men responsible escaped justice. We have such evil people in our land as well as great and good.

(Sorry—needed to reword a little.)

I agree with what Kate said. Thanks, Adam, for highlighting this man and the good that he did, inspite of the evil around him.

Hopefully they got theirs in the end

Hopefully karma caught up with them at some point. The things that white segregationists did is sickening.

I had never heard of him, which is sad really. What a champion for civil rights that he was. he literally gave his life for the cause.

Thanks for sharing this story about Mr. Reeb's. He was a real hero.

Thanks for sharing this story, everyone should know about it.

Oh, this story is very sad... Thank you to inform me about it.