Fact of the Day: Reagan Difference 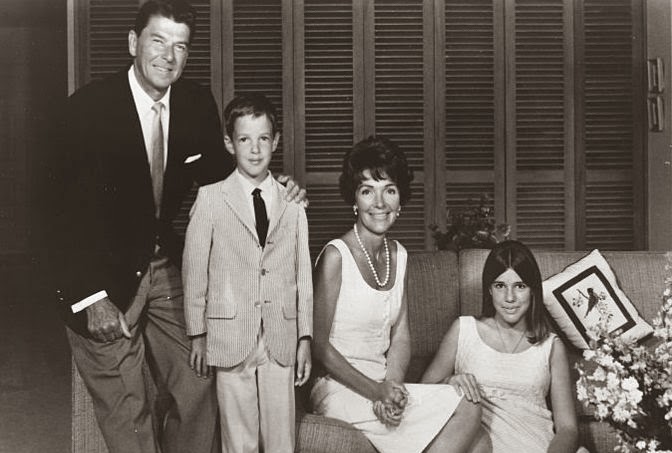 While former President Ronald Reagan is a hero to many conservative Christians, his son Ron Reagan is not only liberal but also an atheist. While Ron has endorsed many members of the Democratic Party, he has refused to run for office. Mainly because he believes that people would vote against him for his non-religious views.
Posted by Adam at 12:00 AM

i wonder why he can't control his own son.

Good for him, nice bloke.

I see him as a commentator on MSNBC all the time. I like him!

His views, his choice. Whatever works for Ron is okay!

That just seems to be the way it goes for a lot of politicians' children. Just came along your blog. I like it a lot. Historical trivia is always interesting to me.

Hi Adam!! I didn't know about that fact and that other side!!!

Good that he has his own convictions.

the woman is so elegant and beautiful :D

Yep, the bible belt would screw him

This is the president of my childhool. I remember him and his wife, Nancy. Kisses:)

My goodness...too bad for him.
xo

Probably true, but as the saying goes- You never know unless you try!

I don't know this fact. Thank you for all the things I learn when I read your blog :)