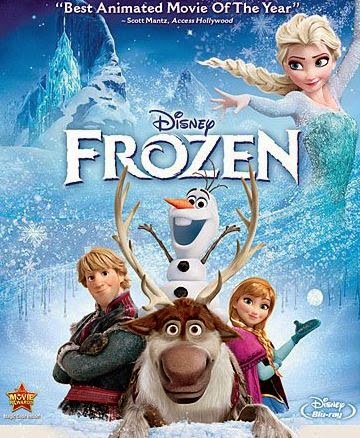 I had heard of Frozen for a good while but I missed it in theaters. I heard many positive opinions, and my mother really enjoyed the movie. My fiancee Daisy also really wanted to watch it, so I'm glad to see it meet my expectations. 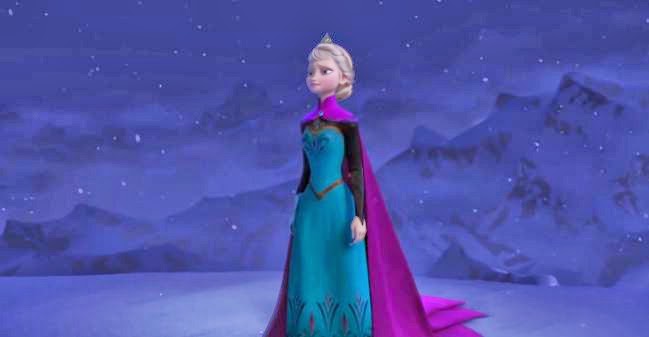 Frozen is based on the fable The Snow Queen but I hear the story is much different. The plot begins with two princesses of a kingdom. The older sister Elsa has power to create snow and ice, which causes her parents to worry about her future. However the King and Queen perish in a storm at sea a few years later, and Elsa is left to be monarch. However when she is old enough to be a respectable leader, everyone learns of her magic. She flees her kingdom in fear, and creates a castle made of ice in the mountains. 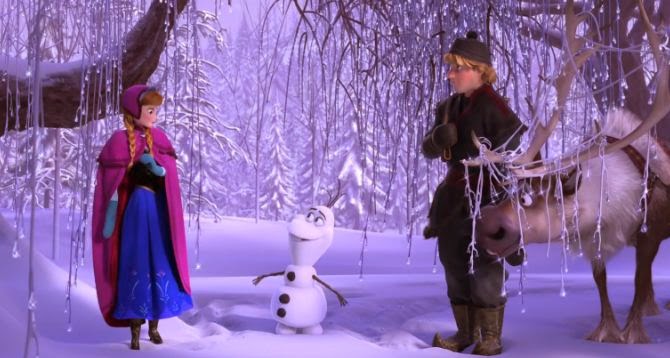 However she indirectly turns the kingdom into an everlasting winter. Her sister Anna follows after her, but she eventually needs help from a young man named Kristoff, and his reindeer Sven. They hope they can get Elsa to change winter back to summer, but they must hurry as there are many in the kingdom who are very angry at Elsa and her ice magic. 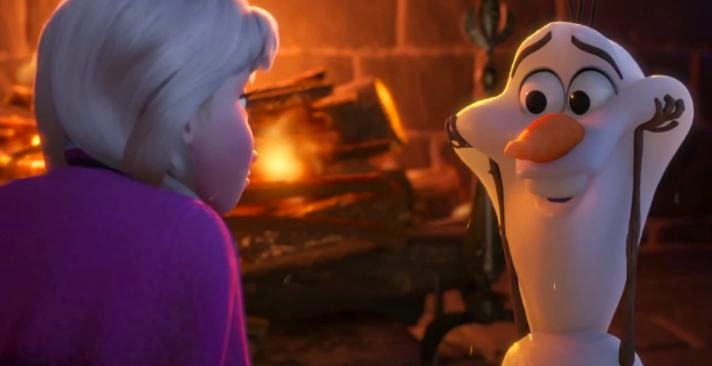 Overall Frozen is a wonderful film worthy of being a Disney classic. It's original, and has quite a few surprises. I also really enjoyed the funny snowman Olaf. I also thought Idina Menzel (as Queen Elsa) singing Let it Go was one of the best musical scenes I've ever seen in quite some time. Daisy was hoping they would make a sequel and if it's as good as the first then it will be superb.
Posted by Adam at 3:30 PM

I haven't seen it yet but I've been hearing good things. Because of your review I'll plane on watching this.

It looks very cute and fun ;)

It was pretty good. A little too singy, but it is a musical so I guess I couldn't complain.

I'll have to check it out. I don't normally dig kid movies but I've heard many good reviews.

I saw this film last december and I loved it. I couldn't stop singing that song all day long. Kisses:)