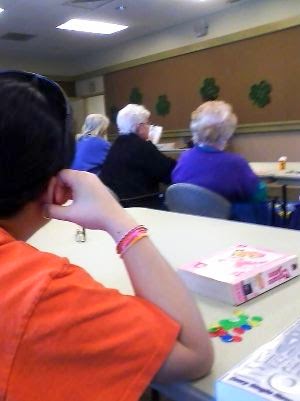 While the main library started it's own bingo games, the one near Daisy's house followed soon after. Unlike our previous visit, there wasn't much diversity in the people who came to play bingo. Pretty much all elderly Caucasian women. I went because Daisy wanted to go as she does better with things based on luck than skill. 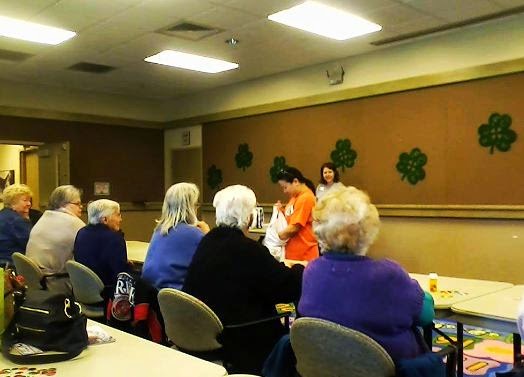 After a few games I got close to getting bingo a few times but not quite. When there's about twenty or thirty people in one room the statistics are rather low. But near the end Daisy finally won. 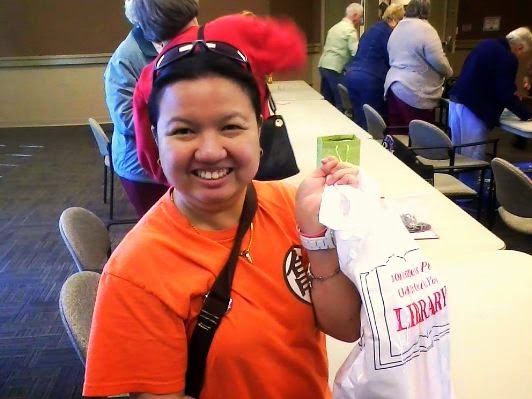 While she was happy to win, all she got was some books from some author she would never read on her own. Most of the better stuff was already taken.
Posted by Adam at 4:07 PM

At least she won something. Good for her.

Oh well, at least she won something, and had some fun!

Yeah at least she won

Wish I could have been with you on this outing. I .play once or twice a week, but it is a mixed crowd. We have a lot of seniors in Texas

important thing is she had fun!

Well she had fun and you were with her so that was a bonus!

That's nice that they give out prizes. Congrats on her win!

I haven't played Bingo in oh, so long, Adam, but I used to love it.