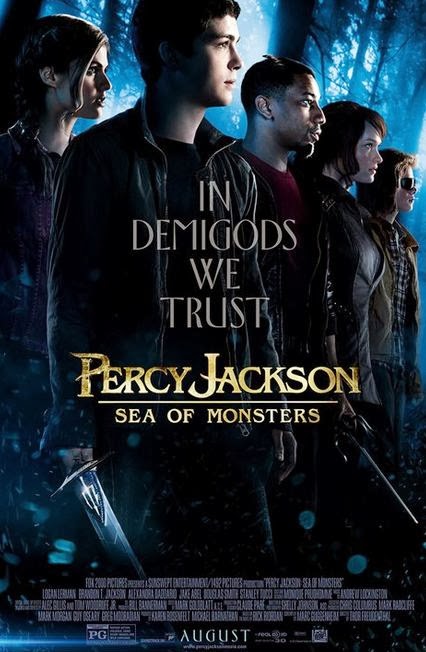 While my brother read the books, I have not. I have seen the first movie, but didn't pay much attention to the sequel last year. I kinda forgot they were making one, though I knew I'd eventually see it. The original was clever and funny, but this one is a bit of a disappointment. 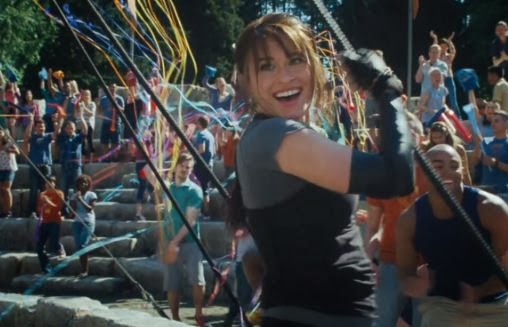 The film is set a good bit after the first. Percy Jackson is the half-human son of the Greek God Poseidon, and he defeated the demi-god Luke to return back Zeus' thunderbolt. However after his great adventure, Percy has returned to a life of mediocrity. While he still trains with other demi-gods, he is constantly out-shined by Ares' daughter Clarisse La Rue. Leaving him to wonder if his previous accomplishment was merely luck.

While Percy is believed to be the only living son of Poseidon, he find out that he has a brother. However his half-brother is part-cyclops instead of human. Shortly after the brothers meet, Percy's nemesis Luke survived their previous battle and tells Percy of his plans to defeat the Gods. Not only that but the camp that shields demi-gods from dangerous creatures has lost its safety. Now Percy and his friends must stop Luke and save everyone before it's too late. 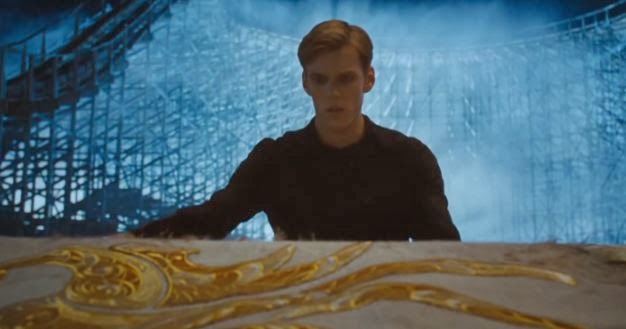 Overall I thought Sea of Monsters was lot more bland and not as clever as the original. Percy had some cool ways to fight mythical monsters in the first movie, but he seems so weak in this one. It's not terrible but if there are more sequels then I hope they will be more impressive than this.
Posted by Adam at 8:52 PM

Found the first okay, never got around to this one

Have yet to catch it

I have seen both movies and I agree with your review, the second one wasn't as good as the first.

I wasn't thrilled with the first one and didn't even know about the sequel.

My godson is really into those books and movies. I haven't seen them myself though.